The Justification of Religious Violence 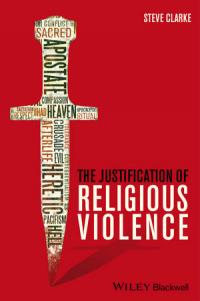 "How could anyone believe that they are justified in blowing up school busses or the World Trade Center? What role does religion play in their thinking? Steve Clarke illuminates these complex and controversial issues with clarity and balance. This important book is highly recommended for all of us who wonder about the relations between religion and violence." (Walter Sinnott-Armstrong, Duke University)

"Avoiding big claims about religion causing violence, Steve Clarke argues that many religiously-based justifications for violence, far from being wildly irrational, are formally similar to those commonly offered as secular justifications. Clear, very readable, and thoroughly researched, the book makes a valuable contribution to one strand in the current debate about religion and violence." (C.A.J. Coady, University of Melbourne)

"The heated debates over the relation between religion and violence that burst onto the world’s political and intellectual scene after 9/11 have spewed much foam and fury, but little fact or reason. Now, Stephen Clarke offers a sober yet humanistic analysis of how people justify violent acts in the name of religion, showing how historically and cross-culturally pervasive these justifications are. Mostly, secular and religious argument in support of violence proceeds much the same. The difference arises from three classes of premises that stem from religious metaphysics, and that transcend – and so resist contradiction by – empirical evidence and reason: appeal to cosmic war, the afterlife, sacred values, or some combination of these three. Religion thus outperforms the secular in arming violence, with conceptual resources both wider in scope and more resistant to challenge. Fortunately, Clarke also shows us how these same religious assets can be used to lessen violence and resolve even the most intractable conflicts: for example, through understanding and leveraging knowledge of sacred values, and learning how to reframe them, rather than by futilely trying to get opposing sides to ignore, abandon or compromise them." (Scott Atran, Directeur de Recherche, Anthropologie, CNRS / Ecole Normale Supérieure, Paris)

Addiction and Self-Control: Perspectives from Philosophy, Psychology, and Neuroscience 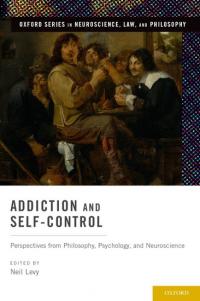 This book brings together a set of papers, many which grow out of presentations at a conference in Oxford in 2009 on addiction and self-control, by a set of thinkers who are united in believing that understanding agency and failures of agency requires engagement with the best science. The papers it collects attempts to illuminate the mechanisms involved in addiction and thereby to understand to what degree and in what ways actions driven by addiction are controlled by the agent, express his or her will or values, and the extent to which addicts are responsible for what they do. Some of the papers focus on the neuropsychological mechanisms involved, especially on the role of the midbrain dopamine system. Others focus on features of the behavior and the extent to which we can infer psychological mechanisms from behavior. The authors debate the best interpretation of the scientific evidence and how the scientific evidence bears upon, or can only be understand in the light of, philosophical theorizing about agency, control and responsibility.

"This book is full of ideas and propositions that make one think about what one thinks one knows and some of the paradoxes facing those working with or trying to change their addicted states." - Robert Hill, Drugs and Alcohol Today 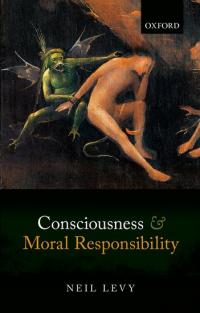 Neil Levy presents an original theory of freedom and responsibility. Cognitive neuroscience and psychology provide a great deal of evidence that our actions are often shaped by information of which we are not conscious; some psychologists have concluded that we are actually conscious of very few of the facts we respond to. But most people seem to assume that we need to be conscious of the facts we respond to in order to be responsible for what we do. Some thinkers have argued that this naïve assumption is wrong, and we need not be conscious of these facts to be responsible, while others think it is correct and therefore we are never responsible. Levy argues that both views are wrong. He sets out and defends a particular account of consciousness—the global workspace view—and argues this account entails that consciousness plays an especially important role in action. We exercise sufficient control over the moral significance of our acts to be responsible for them only when we are conscious of the facts that give to our actions their moral character. Further, our actions are expressive of who we are as moral agents only when we are conscious of these same facts. There are therefore good reasons to think that the naïve assumption, that consciousness is needed for moral responsibility, is in fact true. Levy suggests that this entails that people are responsible less often than we might have thought, but the consciousness condition does not entail that we are never morally responsible.

"Neil Levy's Consciousness and Moral Responsibility is short, and itâs a quick read ... Levy displays a great deal of philosophical sophistication ... I suspect that the volume will be of significant interest to those working on issues in the philosophy of action and the philosophy of mind." - D. Justin Coates, Ethics

"thoughtful and elegantly written ... a remarkable book that brings sophisticated philosophical analysis to bear on very recent research in neuroscience and cognitive psychology. It is full of fascinating studies that explore the many ways in which we choose nonconsciously ... essential reading." - Adrian Walsh, Australian Book Review

"This highly condensed, frank, and well-argued work is a must for anyone interested in moral psychology, morality considered at the neurophysiological level, and how consciousness studies can apply to other disciplines and concerns and to our understanding of ourselves as Homo sapiens" - Lantz Miller, Journal of Consciousness Studies

"This brief book is a valuable contribution to the literature and will be fascinating to those interested in the intersection of cognitive science and moral psychology." - Travis Timmerman and Sean Clancy, The Philosophers' Magazine