Ethics, Conflict and Medical Treatment for Children: From disagreement to dissensus 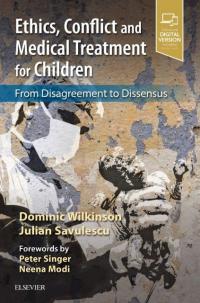 What should happen when doctors and parents disagree about what would be best for a child? When should courts become involved? Should life support be stopped against parents’ wishes?

The case of Charlie Gard, reached global attention in 2017. It led to widespread debate about the ethics of disagreements between doctors and parents, about the place of the law in such disputes, and about the variation in approach between different parts of the world.

In this open access book, medical ethicists Dominic Wilkinson and Julian Savulescu critically examine the ethical questions at the heart of disputes about medical treatment for children. They use the Gard case as a springboard to a wider discussion about the rights of parents, the harms of treatment, and the vital issue of limited resources. They discuss other prominent UK and international cases of disagreement and conflict.

From opposite sides of the debate Wilkinson and Savulescu provocatively outline the strongest arguments in favour of and against treatment. They analyse some of the distinctive and challenging features of treatment disputes in the 21st century and argue that disagreement about controversial ethical questions is both inevitable and desirable. They outline a series of lessons from the Gard case and propose a radical new ‘dissensus’ framework for future cases of disagreement. 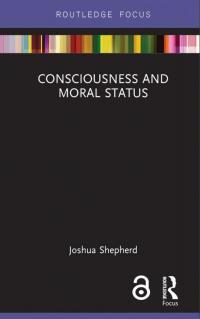 In this book Joshua Shepherd presents a systematic account of the value present within conscious experience. This account emphasizes not only the nature of consciousness, but also the importance of items within experience such as affect, valence, and the complex overall shape of particular valuable experiences. Shepherd also relates this account to difficult cases involving non-humans and humans with disorders of consciousness, arguing that the value of consciousness influences and partially explains the degree of moral status a being possesses, without fully determining it. The upshot is a deeper understanding of both the moral importance of phenomenal consciousness and its relations to moral status.

Treatment for Crime: Philosophical Essays on Neurointervention in Criminal Justice 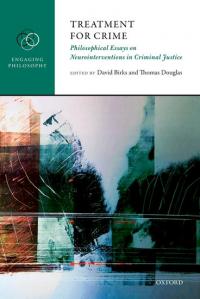 Preventing recidivism is one of the aims of criminal justice, yet existing means of pursuing this aim are often poorly effective, highly restrictive of basic freedoms, and significantly harmful. Incarceration, for example, tends to be disruptive of personal relationships and careers, detrimental to physical and mental health, restrictive of freedom of movement, and rarely more than modestly effective at preventing recidivism. Crime-preventing neurointerventions (CPNs) are increasingly being advocated, and there is a growing use of testosterone-lowering agents to prevent recidivism in sexual offenders, and strong political and scientific interest in developing pharmaceutical treatments for psychopathy and anti-social behaviour. Future
neuroscientific advances could yield further CPNs; we could ultimately have at our disposal a range of drugs capable of suppressing violent aggression

and it is not difficult to imagine possible applications of such drugs in crime prevention.

Neurointerventions hold out the promise of preventing recidivism in ways that are both more effective, and more humane. But should neurointerventions be used in crime prevention? And may the state ever permissibly impose CPNs as part of the criminal justice process, either unconditionally, or as a condition of parole or early release? The use of CPNs raises several ethical concerns, as they could be highly intrusive and may threaten fundamental human values, such as bodily integrity and freedom of thought. In the first book-length treatment of this topic, Treatment for Crime, brings together original contributions from internationally renowned moral and political philosophers to address these questions and consider the possible issues,
recognizing how humanity has a track record of misguided, harmful and unwarrantedly coercive use of neurotechnological 'solutions' to criminality.