We are pleased to announce that the 2017 Annual Uehiro Lectures in Practical Ethics will be delivered in November 2017 by Professor Larry Temkin of Rutgers University.

Titles, abstracts and audio recordings of the lectures are available on the 2017 Lectures webpage.

Obligations to the Needy: Some Empirical Worries and Uncomfortable Philosophical Possibilities

In this third Uehiro Lecture, I consider a number of worries about the possible impact of global efforts to aid the needy.  Among the worries I address are possible unintended negative consequences that may occur elsewhere in a society when aid agencies hire highly qualified local people to promote their agendas; the possibility that highly successful local projects may not always be replicable on a much larger regional or national scale; the possibility that foreign interests and priorities may have undue influence on a country’s direction and priorities, negatively impacting local authority and autonomy; and the related problem of outside interventions undermining the responsiveness of local and national governments to their citizens.

I also discuss a position that I call the Capped Model of Moral Ideals, which may have a bearing on the intuitively plausible approach of always prioritizing the greatest need when making one’s charitable contributions.  Another issue I discuss is the possibility that efforts to aid the needy may involve an Each/We Dilemma, in which case conflicts may arise between what is individually rational or moral, and what is collectively rational or moral.  Unfortunately, it is possible that if each of us does what we have most reason to do, morally, in aiding the needy, we together will bring about an outcome which is worse, morally, in terms of its overall impact on the global needy.

The lecture ends by taking stock of the main claims and arguments of all three Uehiro Lectures, and considering their overall implications for our thinking about the needy.  I consider the implications of my discussion for Peter Singer’s view, and the implications of my view for the approach and recommendations of Effective Altruism.  I also consider where my discussion leaves us given my pluralistic approach to thinking about the needy.  I have no doubt that those who are well off are open to serious moral criticism if they ignore the plight of the needy.  Unfortunately, however, for a host of both empirical and philosophical reasons, what one should do in light of that truth is much more complex, and murky, than most people have realized. 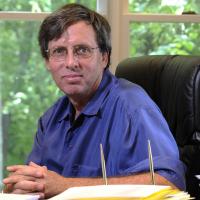 Larry S. Temkin is Distinguished Professor and Chair of Philosophy at Rutgers University. He graduated number one from the University of Wisconsin/Madison (B.A.-Honors Degree, 1975), before pursuing graduate studies at Oxford University (1978-79), and Princeton (Ph.D., 1983). Temkin's book Inequality (Oxford University Press, 1993), was hailed by critics as "brilliant and fascinating," "an extraordinary achievement," and as "one of the most important six or seven contributions to analytical political philosophy in the … whole of [the twentieth] century." His book Rethinking the Good: Moral Ideals and the Nature of Practical Reasoning (Oxford University Press, 2012) has been described as a "tour de force," "a genuinely awe-inspiring achievement," and "an utterly original work of philosophy, almost breathtakingly so." Temkin has lectured extensively worldwide, including for the World Health Organization, the World Bank, and the Institute for Health Metrics and Evaluation (funded by the Gates Foundation), and his individualistic approach to inequality has been adopted by the World Health Organization and the Gates Foundation in their measurements of the Global Burden of Disease. Temkin has received fellowships from Harvard University's Safra Foundation Center for Ethics, All Souls College Oxford, the National Institutes of Health, the Australian National University, the National Humanities Center, the Danforth Foundation, and Princeton University’s Center for Human Values, where he was the Laurance S. Rockefeller Visiting Professor for Distinguished Teaching. He is also the recipient of eight major teaching awards. Temkin will be a Visiting Fellow at Corpus Christi College in Hilary Term 2018.