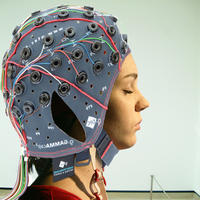 Brain-Computer Interfaces (BCIs) measure brain activity and can be used to control digital devices. The focus of BCI development has been on using the technology to allow patients to control assistive equipment such as wheelchairs or prostheses. Beyond medicine they are under development for applications in entertainment, marketing and defence. This POSTnote looks at the underpinning technology, its applications and the associated ethical and regulatory challenges.

BCIs are a type of Neural Interface (NI), a broader family of devices that interact with an individual’s brain and nervous system. The term BCIs was first used in 1973. Since then, development has mainly focused on researching brain function and medical applications, such as assisting a patient with paralysis to communicate or control a prosthetic such as a limb or a wheelchair. BCIs have been highlighted by the Chief Medical Officer as an emerging technology with therapeutic potential. Other sectors, such as entertainment and defence, are also developing BCIs, while companies and entrepreneurs are investing in heavily in BCIs and other NIs.

BCIs present ethical challenges, many of which also apply more widely to other types of NI. In September 2019, a report by the Royal Society suggested that the UK could lead in developing responsible regulation and new applications for NIs.

Amongst the contributors to POSTNOTE Number 614 (January 2020) are OUCs Hannah Maslen and Stephen Rainey.