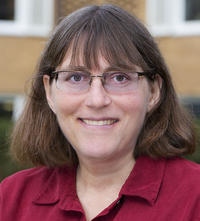 We were thrilled to welcome Professor Anderson to Oxford in Michaelmas Term to deliver the 2019 Annual Uehiro Lectures in Practical Ethics on 14, 15 and 16 October.

Professor Anderson's timely and compelling lecture series, entitled Can We Talk? Communicating Moral Concern in an Era of Polarized Politics, were fully booked out well in advance, and each generated insightful discussions.

In many democracies around the world, people are divided over facts, not only over values.  Lies, propaganda, and fake news have hijacked political discourse on polarizing issues, distracting the electorate from constructive engagement of the problems we face, from climate change to mass immigration.  This series of Uehiro Lectures offers a diagnosis of this problem and suggests how we can reconstruct the ways we talk to one another across partisan and social identities, so that democratic institutions are better able to devise sound solutions to the problems we face together.

Elizabeth Anderson is Arthur F. Thurnau Professor and John Dewey Distinguished University Professor of Philosophy and Women’s Studies at the University of Michigan, Ann Arbor.  She earned her B.A. from Swarthmore College in 1981 and her Ph.D. in Philosophy from Harvard University in 1987.  She joined the Philosophy Department at University of Michigan in 1987.  Professor Anderson designed University of Michigan’s Philosophy, Politics, and Economics program, and was its founding director for two years.  She has won fellowships from the ACLS and Guggenheim Foundations, was elected to the American Academy of Arts and Sciences, and served as President of the Central Division of the American Philosophical Association.  She is the author of Value in Ethics and Economics (Harvard UP, 1993), The Imperative of Integration (Princeton UP, 2010), Private Government (How Employers Rule our Lives, and Why We Don’t Talk About It) (Princeton UP, 2017) and numerous, widely reprinted articles in journals of philosophy, law, and economics.  She specializes in moral and political philosophy, social and feminist epistemology, and the philosophy of the social sciences.  She has written extensively on egalitarianism, the interaction of facts and values in social science research, the intersection of democratic theory and social epistemology, and pragmatism.

Lecture 1: What Has Gone Wrong?  Populist politics and the mobilization of fear and resentment

I diagnose the deterioration of public discourse regarding basic facts to the rise of populist politics, which is powered by the activation of identity-based fear and resentment of other groups.  Populist politics "hears" the factual claims of other groups as insults to the groups it mobilizes, and thereby replaces factual inquiry with modes of discourse, such as denial, derision, and slander, designed to defend populist groups against criticism and whip up hostility toward rival groups.  Nonpopulist groups, in turn, add fuel to the fire by blaming and shaming those who seem stubbornly and ignorantly attached to false claims in defiance of evidence.

Lecture 2: Improving Political Discourse (1): Re-learning how to talk about facts across group identities

I argue that citizen science and local deliberation within internally diverse micro-publics offer models of how political discourse can be re-oriented toward accuracy-oriented factual claims relevant to constructive policy solutions.  Enabling such discourse requires that citizens observe norms against insults and other identity-based competitive discourse, and in favor of serious listening across identities.

People often resist facts because accepting facts exposes them to shame and blame.  Yet, when the point of raising facts is to orient others to moral concerns, how can we communicate these concerns without resorting on blaming and shaming those who resist?  Without denying that sometimes we must resort to these practices, I suggest alternative ways in which testimony and empathy can be mobilized to communicate moral concern so that those who resist shame and blame can come to share such concern.

Lecture 1: What Has Gone Wrong?  Populist politics and the mobilization of fear and resentment
Audio file: http://media.podcasts.ox.ac.uk/philfac/uehiro/MT19_UL1_Anderson.mp3
Blog post: Write-up of the first lecture by Dr Jonathan Pugh.

Details of Professor Anderson's book for the Series will follow in due course.