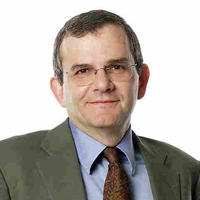 Why should we care about what happens to human beings in the future, after we ourselves are long gone?  Much of the contemporary philosophical literature on future generations implicitly suggests that our primary reasons for concern are reasons of beneficence.  In these lectures, I propose a different answer.  Implicit in our existing values and attachments are a variety of powerful reasons, which are independent of considerations of beneficence, for wanting the chain of human generations to persist into the indefinite future under conditions conducive to human flourishing.

SAMUEL SCHEFFLER is University Professor and Professor of Philosophy and Law at NYU. He received his AB from Harvard and his PhD from Princeton. He taught at Berkeley from 1977 to 2008. He works primarily in the areas of moral and political philosophy and the theory of value. His books and articles have addressed central questions in ethical theory, and he has also written on topics as diverse as equality, nationalism and cosmopolitanism, tolerance, terrorism, immigration, tradition, and the moral significance of personal relationships. His publications include five books: The Rejection of Consequentialism, Human Morality, Boundaries and Allegiances, Equality and Tradition, and Death and the Afterlife, all published by Oxford University Press. He is a fellow of the American Academy of Arts and Sciences, and has held Guggenheim and NEH Fellowships. He has been a visiting fellow of All Souls College, Oxford, and he serves as an advisory editor of Philosophy & Public Affairs.  Webpage. 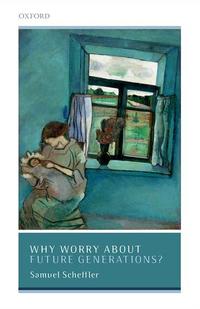 The things we do today may make life worse for future generations. But why should we care what happens to people who won't be born until after all of us are gone? Some philosophers have treated this as a question about our moral responsibilities, and have argued that we have duties of beneficence to promote the well-being of our descendants. Rather than focusing exclusively on issues of moral responsibility, Samuel Scheffler considers the broader question of why and how future generations matter to us. Although we lack a developed set of ideas about the value of human continuity, we are more invested in the fate of our descendants than we may realize. Implicit in our existing values and attachments are a variety of powerful reasons for wanting the chain of human generations to persist into the indefinite future under conditions conducive to human flourishing. This has implications for the way we think about problems like climate change. And it means that some of our strongest reasons for caring about the future of humanity depend not on our moral duty to promote the good but rather on our existing evaluative attachments and on our conservative disposition to preserve and sustain the things that we value. This form of conservatism supports rather than inhibits a concern for future generations, and it is an important component of the complex stance we take toward the temporal dimension of our lives.

Most of us who live in contemporary liberal societies lack a rich set of evaluative resources for thinking about the human beings who will come after us.  We do not possess a highly developed set of ideas about the value of human continuity, or about the values we hope will be realized in the future, or about the values and norms that should inform our own activities insofar as they affect future generations or depend on the expectation that there will be future generations.  Yet we are hardly indifferent to the fate of our successors, and it is not uncommon for issues like climate change that implicate our attitudes toward the future to generate passionate interest and intense controversy.  Much of the philosophical literature dealing with future generations focuses on issues of moral responsibility and approaches these issues from a broadly utilitarian perspective, devoting special attention to the puzzles of “population ethics”.  In this lecture, I explain why I take a different approach.  Rather than focusing exclusively on issues of moral responsibility, I want to consider the broader question of how future generations feature in or are related to our practical and evaluative thought as a whole.  My aim is to explore the evaluative commitments that may be latent in our existing attitudes and may help to enrich our thinking about the significance that future generations have for us.

Lecture 2: Reasons to Worry
In this lecture I argue that, quite apart from considerations of beneficence, we have reasons of at least four different kinds to try to ensure the survival and flourishing of our successors: reasons of love, reasons of interest, reasons of value, and reasons of reciprocity.

Lecture 3: Conservatism, Temporal Bias, and Future Generations
The reasons discussed in the previous lecture all depend in one way or another on our existing values and attachments and our conservative disposition to preserve and sustain the things that we value.  The idea that our reasons for caring about the fate of future generations depend on an essentially conservative disposition may seem surprising or even paradoxical.  In this lecture, I explore this conservative disposition further, explaining why it strongly supports a concern for the survival and flourishing of our successors, and comparing it to the form of conservatism defended by G.A. Cohen.  I consider the question whether this kind of conservatism involves a form of irrational temporal bias and how it fits within the context of the more general relations between our attitudes toward time and our attitudes toward value.

Lecture 1:  Temporal Parochialism and Its Discontents