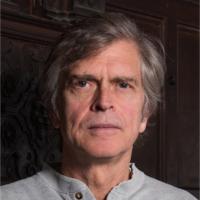 We were delighted to welcome Professor Jeff McMahan to Oxford to deliver the annual Uehiro Lectures in Practical Ethics in 2006.

The lecture series was entitled 'Killing in War', and were published as a book by Oxford University Press in 2009.

Jeff McMahan is White's Professor of Moral Philosophy at the University of Oxford and a Distinguished Research Fellow with the Oxford Uehiro Centre. He studied at Oxford and Cambridge and works in normative and applied ethics, political philosophy, and legal theory. His books include The Ethics of Killing: Problems at the Margins of Life (Oxford, 2002) and Killing in War (Oxford, 2009). The second of these is based on the Uehiro lectures he gave in Oxford in 2006. 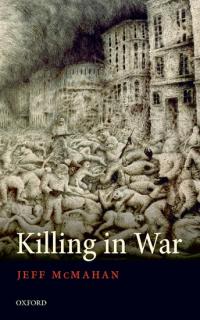 Killing a person is in general among the most seriously wrongful forms of action, yet most of us accept that it can be permissible to kill people on a large scale in war. Does morality become more permissive in a state of war? Jeff McMahan argues that conditions in war make no difference to what morality permits and the justifications for killing people are the same in war as they are in other contexts, such as individual self-defence. This view is radically at odds with the traditional theory of the just war and has implications that challenge common sense views. McMahan argues, for example, that it is wrong to fight in a war that is unjust because it lacks a just cause.

"McMahan's outstanding and readable book Killing in War.. . should help to quiet non-philosophers who dismiss Anglo-American philosophy for being esoteric and aloof, and philosophers who complain that little is happening in moral and political philosophy... He gives comprehensive arguments; he charitably formulates and conscientiously responds to objections. His conclusions might make many readers uncomfortable, but he arrives at them on the basis of moral considerations that otherwise are not particularly controversial... [The book's] rigor, depth, and humanity are estimable." - (Lionel K. McPherson, Mind)

"McMahan makes his arguments with the meticulous logical care of analytical philosophy reminiscent of Derek Parfit's path-breaking work, Reasons and Persons. Killing in War is a provocative contribution to contemporary philosophy and military ethics." - (Benjamin Mitchell, The Journal of Politics)

"In this densely argued and superbly written volume, Jeff McMahan provides a comprehensive defence of the claim that moral liability to attack in war follows from responsibility for the threat of harm posed by a war fought without a just cause... McMahan's thesis conflicts with numerous principles central to the currently dominant, though increasingly contested, understanding of just war theory... The comprehensive nature of McMahans discussion... makes clear why those concerned with the morality of killing in war must engage with it. Indeed, I believe that Killing in War ought to replace Michael Walzers venerable Just and Unjust Wars as the text around which practitioners and theorists alike construct debates over the ethics of waging war." - (David Leftowitz, Transnational Legal Theory)

"McMahan's challenge to Just War theory in this gracefully written and challenging presentation is extremely important and deserves close attention... [He] performs an extremely important service in...providing us with a sophisticated and original contribution to the debate. This book will be widely read and debated and deservedly so; anyone working on these topics will have to grapple with McMahan's subtle and important analysis of the issues." - (Whitley Kaufman, Ethics)

"Killing in War is the high-water mark of just war theory since Just and Unjust Wars." - (Seth Lazar, Philosophy and Public Affairs)

"McMahan's book is a great achievement. His writing is lucid and the book stands as the most comprehensive and sophisticated criticism to date of both the idea of 'moral equality' of combatants and that civilians and soldiers can delegate their moral responsibility for the waging of an unjust war to their government." - (Uwe Steinhoff, Cambridge Review of International Affairs)

"This book seems to me superb: highly important, gripping to read, and wholly convincing." - (Derek Parfit, University of Oxford)

"Killing in War makes you wonder why the conventional wisdom about the ethics of killing in war has stood for so long. With persuasive arguments, lucidly stated, McMahan mounts a devastating critique of centuries-old orthodoxies. To wage war on a sound ethical basis is much more difficult than we previously thought. Everyone contemplating fighting in a war, or ordering others to do so, should read this book." - (Peter Singer, Professor of Bioethics, Princeton University)