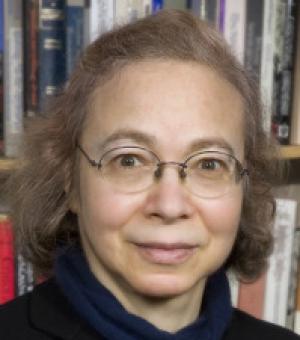 Frances Kamm is the Littauer Professor of Philosophy and Public Policy in the Kennedy School of Government, as well as Professor of Philosophy in the Faculty of Arts & Sciences. She is the author of Creation and Abortion (1992); Morality, Mortality, Vol. 1: Death and Whom to Save From It (1993); Morality, Mortality, Vol. 2: Rights, Duties, and Status (1996); and, most recently, Intricate Ethics: Rights, Responsibilities, and Permissible Harm (2007). She also has published many articles on normative ethical theory and practical ethics. Professor Kamm has held ACLS, AAUW, and Guggenheim fellowships, and has been a Fellow of the Program in Ethics and the Professions at the Kennedy School, the Center for Human Values at Princeton, and the Center for Advanced Study at Stanford. She is a member of the editorial boards of Philosophy & Public Affairs, Legal Theory, Bioethics, and Utilitas, and was a consultant on ethics to the World Health Organization.  Kamm delivered the 2008 Annual Uehiro Lectures, and the resulting book 'Ethics for Enemies: Terror, Torture, and War' has been published by Oxford University Press.